An animation is created with a series of pictures that trick us to appear as moving objects. In layman’s terms, animation is a series of pictures that move at multiple frames per second (fps). The concept of animation started with the use of paintings. However, the conventional ways are long gone and replaced with contemporary techniques that make optimum use of technology. We can find multiple animation creators online, to an extent where a simple phone or an iPad can be used to create an anime.

Animation at your fingertips

In today’s modern world, apps are the thing. A simple app will do the job supported by the vision of the creator. We have millions of websites and mobile application animation creators. The only requirement to create an animation is the internet. You cannot eliminate technology but can take away the labour required to create an anime. The easy-to-use tools help us solely manage the animation that we would like to. Innovative advancements have reached a level where lip sync also works at proper sync with the use of a simple application. Animation avatars and characters are created. Filmmakers also took the advantage of making movies, which ran successfully at the box office without an actual human being acting but just by giving his/her voice.

Now a day’s an animating web pages plays a major role which eventually attracts more number of customers or viewers as well. With the help of this platform, advertising mode is not only restricted to TV channels but also revolves all over the internet. Moreover internet acts as a platform of special effects with this 2D and 3D techniques utilization and its existence.

Surely, we will see much advancement in technology that will leave us dumbfounded in the field of animation. Advertisement companies are making use of animations to grab the attention of the consumers and increase their target market size. Animated videos help us tell a story with the use of simple characters by capturing images passively and representing them as a video. This makes the job clear for the animation maker and takes away constraints. The major advantage of animation is to give as clear context for the ideas we have. Our imagination can be turned into reality and explain the story in visuals. I feel this is extraordinary and unreal. However, technology never ceases to amaze us and makes things look simple than they actually are.

To conclude, animations put our thoughts into visuals and help us tell a story. I hope that this does not completely put an end to human involvement. After all nothing can replace the human touch.

Many businesses depend on servers; therefore, … END_OF_DOCUMENT_TOKEN_TO_BE_REPLACED 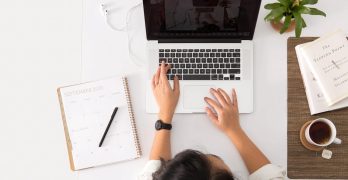 A strong IT team is like the strength of a … END_OF_DOCUMENT_TOKEN_TO_BE_REPLACED